Update on Ukraine (an excerpt from Briefing by Foreign Ministry Spokeswoman Maria Zakharova, Moscow, May 25, 2022) 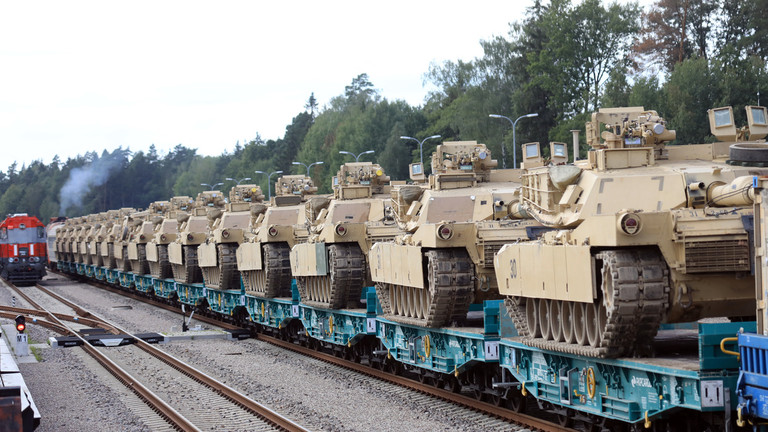 May 24, 2022, marked three months since the start of the special military operation in Ukraine. During this time, almost all territory of the LPR, a considerable part of the DPR, the entire Kherson Region and big parts of the Kharkov and Zaporozhye regions have been liberated. Peaceful life is being restored on the territories freed from the neo-Nazis. People are restoring the economy and industry, building infrastructure, launching enterprises, and opening schools, kindergartens, outpatient clinics and hospitals. On May 24, 2022, Russian sappers demined the port of Mariupol. Specialists from the Black Sea Fleet removed a Ukrainian border patrol ship sunk by the Azov battalion from the waterway, which allowed five foreign vessels to ship out.
The surrender of militants who were hiding at the Azovstal plant was completed on May 20. It lasted since May 16. After staying in the plant’s underground for a month, 2,439 Ukrainian nationalists laid down arms and were taken prisoner. All of them are staying in the DPR. The wounded were put for in-patient treatment into a hospital in Novoazovsk. The rest are in the pre-trial detention centre of Yelenovka in the suburbs of Donetsk. Their crimes will not go unpunished. The DPR leaders are planning to establish in the republic an international tribunal for the trial of nationalists from Azovstal. At present, lawyers are drafting its charter. We welcome this initiative.

Russia continues paying close attention to the delivery of humanitarian aid to the LPR, the DPR and Ukraine’s liberated areas, which have already received almost 22,000 tonnes of humanitarian cargoes. Every day, the Russian Defence Ministry announces the opening of safe corridors for safe evacuation of civilians both eastward and westward.
Although Kiev has de facto blocked evacuation to Russia, about 1.4 million people, including almost 240,000 children, arrived in our country. Another 2.7 million people expressed their desire to evacuate to Russia, the DPR and the LPR or the liberated Ukrainian areas.
Every day, we witness new examples of criminal activities by the Kiev regime. It was reported the other day that Ukrainian security services staged another provocation in the area of Mazanovka (DPR). They detonated a land mine with ammonium nitrate. The Investigative Committee of Russia intends to investigate the circumstances of this crime. Every day, the Armed Forces of Ukraine are shelling residential areas of the DPR and the LPR, killing and wounding civilians. Civilians are being used as a living shield, while imprisoned soldiers are subjected to cruel torture. This looks particularly savage given the medical aid rendered by Russian doctors to surrendered Ukrainian army personnel and mercenaries of nationalist units.
The political steps taken by the Kiev regime also reveal its neo-Nazi character. Several days ago, the Verkhovna Rada voted for the country’s withdrawal from the Agreement on Perpetuating the Memory of the Courage and Heroism of the Peoples of the CIS Countries During the Great Patriotic War of 1941-1945. On May 23, 2022, President of Ukraine Vladimir Zelensky signed a law on confiscating the assets of Ukrainian citizens that support the Russian military operation. A draft law on amendments to the Law on Government Cleansing was submitted to Ukrainian parliament. It provides for the screening of all deputies of the sixth and seventh convocations who voted for the 2010 Kharkov agreements allowing the Russian Black Sea Fleet to stay on Ukrainian territory until 2042 and for the “dictatorial laws” of January 16, 2014.

Statements by advisor to the Ukrainian Presidential Office Mikhail Podolyak, who took part in the talks on settling the situation in Ukraine, have made everything abundantly clear (if this is required at all). He directly threatens to deal with the population of the freed areas in the Kherson, Kharkov and Zaporozhye regions if the Kiev authorities return there. He promised to punish cruelly the “collaborationists” and the Russian military and demands that people in the Kharkov Region, the DPR and the LPR forget the word “Russians” altogether. We understand whose orders Podolyak and his ilk are carrying out. The former US President said that Ukraine’s mission is to kill as many Russians as possible. This was a surprise only to those who did not understand what was happening in the last few years. The logic driving the actions of the Kiev regime and its curators was clear to those who followed the developments. This was a clear statement and we continue hearing similar pronouncements. They did not begin in February 2022 but were heard constantly. Some people did not want to hear them and take them seriously, considering it all a bluff. They thought something was unclear. But there was no misunderstanding. Everything is clear.
The United States and its NATO allies are doing all they can to drag out the special military operation and make the confrontation as bloody as possible. Fearing the complete rout of the Ukrainian Armed Forces, over 30 states – mostly the NATO countries – are supplying Ukraine with military aid worth tens of billions of dollars. They continue expanding the range of supplied weapons that already include large caliber artillery and multiple-launch rocket systems (this is apropos democracy and its whims). That said, the Westerners admit their inability to identify the end users of weapons and guarantee their exclusive use by the Armed Forces of Ukraine. There is a growing risk that these weapons may land in the black market and be acquired by criminal groups throughout the world. This was the case in Syria where military aid to the Syrian opposition (called “moderate”) wound up in the hands of ISIS or was sold on the black market. They spread not only in the Middle East but further to Europe.
The encouragement of Ukrainian nationalism by its western sponsors is further radicalising the militants fighting in Ukraine. The number of foreign mercenaries in their ranks is growing. Eventually, these mercenaries will return to their countries (if they are lucky) where they will use the military experience received on the field of battle. This has always been the case. History teaches us. We just have to remember it.
The special military operation will continue despite sanctions pressure and support for Ukraine from the West. All goals and tasks on protecting the DPR and the LPR, demilitarising and denazifying Ukraine and eliminating threats to Russia will be fulfilled.